There are some heroes in Tollywood who doesn't even care to watch their own films. Some others confine themselves only to watching their dad's films. But few heroes watch every film and respond on them in social media. They even appreciate some films openly. Few of our actors even gave their opinion on Sankranti releases. But the Sankranti heroes did not react about other hero's film till now.

Leave alone reacting, some people even doubt whether they watched each other's films or not. But a star hero who is enjoying his vacation saw his competitor's film along with his family in New York as per sources. Despite the tug of war, he is said to have thoroughly enjoyed the film. But we need to see if he reacts about the film publicly or not.

Star heroes give chances to directors believing that they can deliver a hit film. Let us wait till this director and the other star hero work together again. As the Sankranti race has ended now, the competition is of zero relevance at this time. 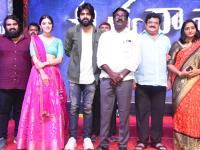