Young Mega hero Sai Dharam Tej who ended 2019 on a high with the success of 'Prathiroju Pandage' is getting ready to entertain the audience with 'Solo Brathuke So Better' on May 1st. The film's unit released a special theme video explaining the hero's motto in life.

Sai Dharam Tej walks in to the open auditorium with a book titled 'Solo Brathuke So Better' and starts giving a speech to the audience. He inspires them to stay single forever and says love just an emotion like anger, pain and sadness which fades away after some time. It explains the character of the hero quite accurately. Sai will be seen as the guy to leads a movement in the college to stay single for life. He looks quite trendy in this video and visuals too look good.

Nabha Natesh is the female lead in this film directed by debutant Subbu. Thaman is composing music for this entertainer while BVSN Prasad is bankrolling this project. 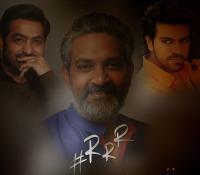