This Is The Title For Pawan And Krish Film!

Powerstar Pawan Kalyan has been doing films at a rapid pace since his comeback. He is already making plans to release his 'Pink' remake which is tentatively titled as 'Vakeel Saab' during the month of May. Simultaneously, he is also working on talented director Krish's film.

The first schedule of Krish's film has already been wrapped up. The shooting of the film was done in Aluminium Factory till now. Apparently, the makers are considering some titles for the film with only one word. After a lot of search, the makers are reportedly thinking the name 'Viroopaksha' suits the film's plot. The title literally means the 'Savior who looks all over'. It is quite a powerful title and we have to wait and see if Pawan approves it or not.

The film is a periodic drama which requires a lot of work post the shooting. This film is expected to hit the screens during the Sankranti season next year. Several heroines are being considered for this film and none of them were finalized.
Download our app

Celebrities Not Ready To Donate!

AA20 To Be Par With Rangasthalam

Is This The Team RRR Donation To Corona Crisis! 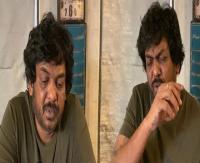 Viral Video: Puri Jagannath Explains How We Are Better Than Other Countries!
×