Ravi Teja is a rare kind of actor in Telugu Cinema as he can bring energy that only he poses to any character, he decides to play on screen.

The actor has a good mass following but his script selection hasn't been that good these days. He faced three back to back disasters in 2018 and even 2020 started with another disaster.

Disco Raja did not open big and it did not attract youth audiences as much as it should have been for the movie to succeed after a sensational Sankranthi season with families spending big time on two biggies.

Now, the actor's next after Krack has been announced with a poster. Ramesh Varma Penmesta is directing this film and it looks like a thriller.

Satyanarayana Koneru is producing the film and it is said to be a Havish Production as well. Let's hope he gets a hit with his next movies. 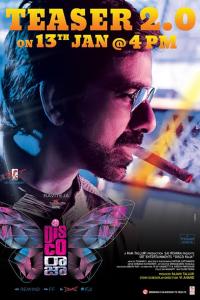