Sejal Sharma who acted in tv Show, Dil Toh Happy Hai Ji, committed suicide on 24 January, however, the reason behind her suicide was not known yet. Police recovered a suicide note and Sejal Sharma has stated that she was taking the extreme step due to personal reasons.

Television actress Sejal Sharma is well known for her role Simmi Koshla in a tv show, Dil Toh Happy Hai Ji. Sejal was found hanging around four am at her residence in Mira road. Two of her friends were present at her residence at that time. Police recovered a suicide note and in the suicide note, she mentioned that she was taking the extreme step due to personal reasons. Sejal Sharma hails from Udaipur. Police have registered a case of accidental death. Sejal Sharma came to Mumbai in 2017. She was passionate about acting.
Download our app 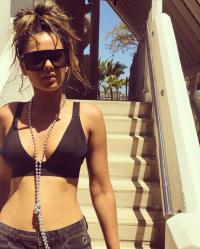