Anushka took 2 years off from films after Bhaagamathie. After Republic Day 2018 release, the actress almost went into hibernation to recuperate and get rid of her health issues.

She decreased her weight in a healthy way and decided to give time for recovery from some old surgeries, as well.

Now, she is ready to hit theatres on 24th January, with Nishabdam. The movie titled as Silence in other languages, is failing to find distributors in every other language than Telugu, it seems.

Film has Madhavan playing a lead role with Anjali, Shalini Pandey and  Hollywood actor, Michael Madsen in other important roles.

The film trailers did not bring in as much buzz in  other languages as in Telugu to complete pre-release biz in those languages, say reports.

As off now, film might be released by makers directly into those markets with some localised deals with third party distributors and exhibitors, it seems.
The movie is not confirmed to postpone from the release date yet, as the reports suggest at least in Telugu but the official information about the release date from producers will arrive on 21st of January, it seems.

Trade experts are saying that the film team might just wait till February second week or third week to crack all the deals and postpone to a new date in February or March than coming for January dates, as such a release means more loss of amounts in other languages than they can earn! Let's wait for official confirmation from the team. 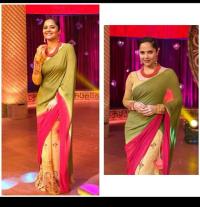