Some of his fans started saying, "Guruji sir ... Guruji only" in the amicable style of Allu Arjun from the film, right from the first show of Ala Vaikuntapurramuloo and even audiences seem to be going with same words after watching the film.

The movie is running with housefull crowds even after huge festival show and Saturday, Sunday returns have made many trade pundits project the movie to go beyond Rs. 130 crores and even cross 140 crores mark in terms of Worldwide share.

Mahesh fans are either completely denying movie's performance by calling it fake or giving entire credit to Trivikram Srinivas, asking Mahesh to do a film with him after this tremendous success.

Some are trying to say that Sarileru Neekevvaru is doing much better than the film even though the difference in performance in undeniable.

Now, Pawan Kalyan fans have started scolding Guruji Trivikram even more. They had even bigger opportunity for 2018 Sankranthi to score Rs. 150 crores share or more.

On the first day, Agnyathavasi - PK and Trivikram's last film, scored a staggering 40 crores Worldwide share and with festival advantage during a lackluster Sankranthi season, the movie might have went on to create All Time Records in many areas with average talk.

But the movie became an embarassment for Trivikram Srinivas and people involved so much that Pawan Kalyan fans started calling him, "backstabber" and "cheater".

With AVPL success, their hatred just doubled, thinking about the lost chance and Pink remake news from PK just added even more fuel to it all, as they are not interested in such a film from their favourite hero.

Rana Says Acting In Bahubali Is Easy Than Aranya 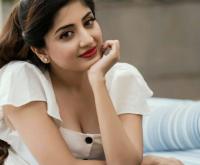