Priyanka Chopra Revealed Her Aim In An Interview

Priyanka Chopra jones has started her career in from winning the Miss World title in 2000. She then turned into a Bollywood actor. We have seen her in female-oriented films like Fashion, Mary Kom, 7 Khoon Maaf. Priyanka Chopra shared her early experience in the Bollywood film industry.

Priyanka Chopra expressed that when she was working in the films the heroes choose the heroines of the film. It was all dependent on the main actor said and now it still continues in many of the films.

When Priyanka Chopra selected the female-oriented movies many people said that it will be bad for her career. When she was young, no one taught her, today the industry has many examples. Deepika and Alia from whom young actress can take inspiration. Priyanka also said not only actors but also the narrators of many stories are female. When no one is ready with the stories, you have to do it yourself. And that she is doing in the US and her dream is to stop calling female-led movies and just call them normal movies. 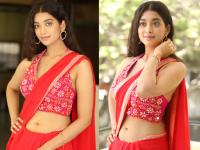