It's Advantage AAP In Delhi

With the Delhi assembly election round the corner, there is anticipation in the air and all the three main parties are claiming that they would win the polls hands down and form the government effortlessly. But, the mood in the national capital suggests that the Congress has lagged behind considerably. It is now a non-starter. Its five time MLA Shoaib Iqbal and two-time MLA Ram Singh have shifted to the AAP. The main fight is going to be between the AAP and the BJP.

After it registered a massive victory by winning all the 7 Lok Sabha seats with 57 percent votes, the BJP seems to have lost its sheen. The AAP seems to have made some improvement. It has made a recovery.  Surveys say that AAP has regained some of its lost voters.

Budget 2020 might be a relief to the middle class 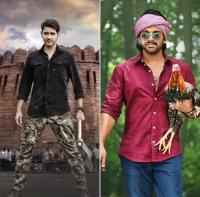 Get Ready To Pay Hefty Ticket Prices For Sankranthi Entertainment!