There Is No Future For TDP And Naidu: Avanthi Srinivas

Ever since A CM Jagan announced in the state Assembly that the state might have three capitals for the decentralisation of development the opposition parties are protesting in different ways to oppose the government's decision.

In one such incident former CM, TDP supremo has burnt the reports of GN Rao committee and Bostan committee in the Bhogi fire. This kick-started a quick controversy in state politics.

"Chandrababu should first burn the report of the Narayana committee and then think about other reports. People who are protesting in Amaravati are not farmers. Not only that, these protesters are fabricated by TDP chief Chandrababu," the Minister said.

Avanthi participated in the Sankranti celebrations which were held at Muralinagar of Vishaaptanam. Responding to the protests in the state, the Minister said, "the decision of three capitals indicates the foresight. Chandrababu is doing false protests in the name of supporting Amaravati farmers. Farmers and people are happy in the state. There is no future for TDP and Chandrababu," he added.

Man Receives Package After 8 Years From Placing Its Order

HC Slaps Notice To Journalist For Making Remarks On Court

Jagan To File A Petition In SC Over Nimmagadda?

IAS Officer Who Protected Govt Lands Is No More

Wipro Gets Its New CEO And MD

Why Jagan Does It And Why KCR Doesn't? 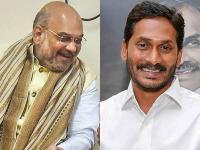