Bunny & Co Announce Themselves As Winners Even Before Completing The Race!

There are big players and small players. It is true that small doesn't have the same range as the big players. But you cannot announce the winner before finishing the race. Having confidence is one thing but going overboard cannot be justified. The team of 'Ala Vaikunthapuramlo' is showcasing the same type of attitude.

The Sankranti race started with Rajnikanth's 'Darbar' and will end with Kalyan Ram's 'Entha Manchivaadavura'. Announcing themselves as Sankranti winners even before the arrival of Kalyan Ram's arrival is not right. There is no sense in saying the result even before finishing the race. Even though it is a small film, you cannot take it lightly and ignore it.

If this not enough, music director Thaman claimed in the 'Thank You' meet that he is the Sankranti winner. He funnily said that despite being heavy, the entire team pushed him and made him the winner. Nonetheless, it is not at all right to announce themselves as Sankranti winners this early.
Download our app 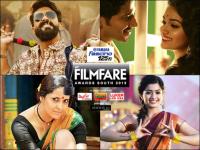