Trivikram Fails In This Aspect Once Again?

Star writer-director Trivikram Srinivas who arrived this Sankranti with 'Ala Vaikunthapuramlo' ended up with a blockbuster in his career. This Allu Arjun starrer showcased Trivikram's potential once again to everyone. His pen was in full flow for 'Ala Vaikunthapuramlo'. Despite all this, he failed in one aspect.

Trivikram once again failed to provide Sunil with a big break. After putting an end to his career as a hero and returning to his forte which is comedy, Sunil is finding it tough to get back into form. None of his work in recent films impressed the audience. His best friend and once roommate Trivikram gave him chances in both 'Aravinda Sametha' and 'Ala Vaikunthapuramlo'. But none of these films gave him the break he needed.

As we know Sunil is part and parcel of every Trivikram movie. But what Sunil needs to a solid role to prove his worth but not a mere chance. Let us see if Trivikram who gave Sunil some memorable roles like 'Banthi', 'Pandu', 'Bunk Seenu' and many others in the past comes up another one in the future or not.
Download our app

Vignesh's Unique Way Of Expressing His Love To Nayan!

Mass Maharaj's Next Gets An Interesting Title

Stylish Director To Team Up With Akkineni Hero

Ram Charan To Be Highlight In This Film 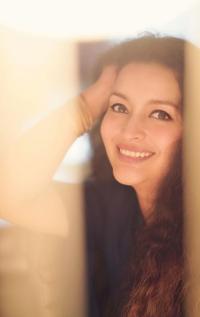