In a horrifying turn of events, a 22-year-old man was raped by four accused in a moving car in Mumbai. It was also confirmed that the accused have bought petrol and withdrew some cash from the victimâ€™s credit card.

The police have arrested the accused Piyush Chauhan(23), Mehul Parmar(21), and Asifullah Ansari(24) and sent to remand. The fourth accused was sent to a juvenile home as he is a minor.

The Mumbai police said the victim is an evident user of Instagram. On the incident day, the victim went to a restaurant in Mumbaiâ€™s Kurla area and uploaded a pic from the government.

A 15 minutes later, two accused went to the victim and told him they are his fans. Then the four accused have asked the victim to accompany them for a bike ride. Almost 20 minutes later, the boy asked the accused to stop the bike after he realized they were going towards Vidhyavihar.

The accused took the victim to Vidhyavihar station and forced him to get into a car. Later the accused pushed the boy inside and started raping him. The victim said he tried to escape from there but he could not.

"Based on the CCTV footage and technical skills, we managed to nab all the accused in just 24 hours. We have also seized the vehicles used in the crime. Further investigations are on in the matter," the Investigating officer said.

Students Getting Rs 11,000 From Central Govt Is Fake

PM Modi, Shaheen Badh Dadi, Ayushmann Khuranna Made It To Time's '100 Most Influential People Of 202

IT Employees Wants To Continue To Operate With Work From Home 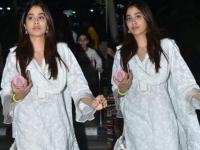