With Allu Arjun's 'Ala Vaikunthapuramlo' arriving at the same time when Mahesh Babu is releasing his 'Sarileru Neekevvaru', the Sankranti race became the talk of tinsel town. Everything became a competition now starting from posters to songs.

When it comes to songs, 'Ala Vaikunthapuramlo' is way ahead of Mahesh Babu's film. The three songs released from Allu Arjun's flick already topped the charts while 'Sarileru Neekevvaru' songs failed to reach the expectations.

Nonetheless, Mahesh's teaser got a tremendous response and garnered over 26 million views till now. Mahesh's energetic performance and mass appeal were its major assets. With 'Ala Vaikunthapuramlo' being a Trivikram mark family entertainer, we need to wait and see if the film's teaser that is going to release on 11th December will be beating the record of 'Sarileru Neekevvaru' or not. 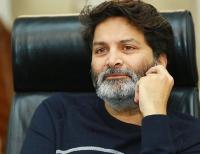 What Will Trivikram Do This Time?
×