Nag Ashwin created a sensation with Savitri's biopic, Mahanati last year. The movie won awards and also became most loved film of the year behind Rangasthalam.

The director has been taking his own time to announce his next film but he may enter OTT platform before his makes his next feature film.

Lust Stories by Netflix, an anthology series handled by big directors of Indian Cinema like Karan Johar, Zoya Akhtar is coming to Telugu.

He sited creative differences with the team as the reason and now, Nag Ashwin is joining the team to finish the project, it seems.

Other details about the project will be announced soon. Kiara Advani became National wide famous with her bold act in the anthology film and we have to see, who will find such popularity with Telugu version. 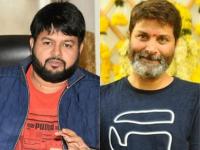