Raj Tharun rose to fame with back to back hits - Uyyala Jampala, Kumari 21F, Cinema Choopistha Mava and Aadorakam Eedorakam. But his next releases did not receive such positive feedback from audiences.

Now, he has pinned all his hopes on the movie, Iddari Lokham Okate which is scheduled for a release during last week of December.

His debut film, Uyyala Jampala released in December and became a big hit, establishing his career as a lead actor.

As he badly needs a hit, the actor is expecting the same magic to be repeated during the Christmas holidays and Dil Raju is also hoping to close 2019, on a successful note.

Shalini Pandey after Arjun Reddy did not receive similar success at box office. She is also hoping for big success with ILO to go ahead into 2020 with more confidence, as she will be debuting in Hindi, soon.

Raj Tharun's fans want the young actor to get into his groove and deliver hits. They all believe that the actor is not living upto his potential and we too wish all the success for him.

Young Heroes Trying To Bring Back The Ponytail Look!

Suriya To Portray A Politician In His Next?

Payal Shares Her Claims In The Interrogation 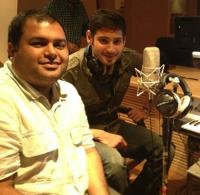