The news of four accused killed spread internationally. On London streets, this encounter news got scrolled. A picture of the encounter update scrolling on a screen caught everyone's attention and this picture is going viral on social media.

Hyderabad Police on Friday morning killed all the four accused in the case of rape and murder of a woman veterinarian. In a press briefing, the police said that the accused snatched weapons from the cops and tried to flee. The accused were killed as the police fired back in self-defence. Here is a look at the sequence of events.
Download our app

Parasite Infestations Medication Can Kill The Ongoing Pandemic In 48 Hours

Why TTD Is Not Closing The Temple Despite 743 Infections 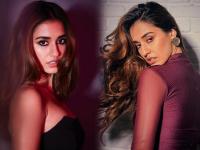