Balakrishna Responds Over The Police Encounter!

The much-hyped Balakrishna and Boyapati Sreenu's film has been officially launched today. There are a lot of expectations over this film as their combination gave super hits like 'Simha' and 'Legend' earlier.

Speaking to the media, Nandamuri Balakrishna expressed his views on the police department encountering the murderers of Disha. He told that the rapists were punished by the god himself who came in as police officers. He appreciated the Telangana police and offered his deepest condolences to Disha's family. He added that justice has been served.

Director Boyapati too lauded the policemen for what they did and hoped that such incidents will not happen in the future. 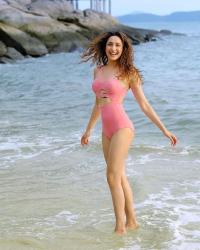 Photo Story: No "Kanches" For This Glamour Doll