Young hero Sai Tej is all excited about his upcoming release, 'Prathi Roju Pandage'. The film is releasing on 20th December and speaking in an interview, he revealed some interesting details about his career.

He remembers the time when he faced six disasters one after the other. His market was entirely damaged and said that the success of 'Chitralahari' brought him a lot of relief. He termed that film as his second chance and promised that he would only make films with good content from now on.

Directed by Maruthi, 'Prathi Roju Pandage' is a romantic family drama and Raashi Khanna plays his love interest in this flick. His next film is a romantic comedy titled, 'Solo Lifey So Better'.

Netizens Hits The Thumbs Down Icon For Sadak 2 On YouTube

Actress Confirmed For This Mega Remake 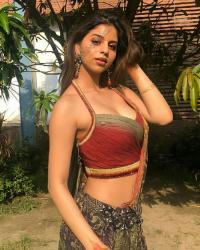