Inspired by the life of Tamil Nadu's ex-Chief Minister Jayalalitha, directors Gautham Menon and Prasanth Murugesan came with a web-series called 'Queen'. Starring Ramya Krishnan in the as Shakthi Seshadri, the trailer of this series was released and it promises to be a gripping ride into the life of one of the most influential personalities in Tamil Nadu.

The series covers her childhood, her rise to stardom in films, her personal life and finally, her sensational political career. The visuals and the settings look authentic by presenting the retro look perfectly in front of us. All the actors fitted their roles superbly and Ramya Krishnan's terrific screen presence and composure was the highlight of this trailer.

The series is going to be streamed in MX Player from 14th December. The trailer ends with the lead character saying, "This is just the Beginning" which shows that the makers intend to bring more episodes in the coming future.

No buzz for 'Aswathama' in overseas!

"Chirutha" strategy for Vaishnav Tej too?

What's The Next Project Of Anil Ravipudi? 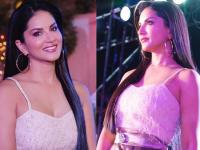