One Pink Ball Test In Every Series: Sourav Ganguly

It was Sourav Ganguly who planned and executed the pink-ball Test at Eden Gardens against Bangladesh last month. It was the first instance for the Indian team to play Day-Night Test cricket.

BCCI president Sourav Ganguly feels that Team India should play at least one day-night Test match every series. India had made their maiden appearance in this format of Test cricket last month. India had won the match by an innings and wrapped up the series with a 2-0 win.

Kohli had recently said that the longest format should be followed for its traditional value and not entertainment. Hence it could be an exception but shouldn't become a part of mainstream cricket. Team India is scheduled to play a Test series against New Zealand beginning February 21, 2020.

Padma Shri For Bicycle Mechanic! Why Is It So?

Padma Shri Row: Congress Hit Out At The Centre

Can BJP Win The Delhi Elections? 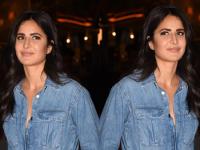