Actress Sunny Leone was once again most searched female celebrity of 2019 - a position she has held through most of the decade.

Aamir Khan's Dangal has been crowned as the biggest blockbuster of the decade, according to Yahoo India's Year in Review rankings, released today.

Salman Khan and Sunny Leone retained top spots as the respective most searched male and female celebrities in India. In the list, Salman was followed by megastar Amitabh Bachchan and Akshay Kumar.

Rashmika Planning Her Career One Film At A Time!

Sandeep Vanga In Talks With Charan! 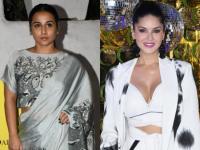