Jr. NTR fans are being trolled by Mahesh fans on social media as NTR staff emotionally blackmailing and cornering Surender Reddy to make Ashok came out in open. The director himself shared the details in an Interview.

Mahesh Babu has been targeted by Jr. NTR fans for locking combinations with hit directors and now, Mahesh fans are reciprocating to all the trolls over the years.

Jr. NTR fans don't want to take it lightly and they have been tagging and egging NTR to react on this.

They are trolling Surender and calling him names. They are saying that as the director grew close to Mega heroes, he forgot the favours that Nandamuri Kalyanram has done to him by giving him first film chance and then Kick 2.

They are asking NTR to state some facts and teach the director a lesson. Some are going a step further and asking Prabhas to not encourage him.

Well, is this something that director said out casually or is he trying to apologize to Prabhas for a film with him? We cannot say yet. But the timing of the video and discussion of NTR entering politics, can't be ignored.

His two best friends have joined YSRCP and started bashing TDP, mainly Nara Lokesh. They have asked for NTR to take leadership but the hero is disinterested and they are blaming NCBN tactical play for this.

In any case, fans of NTR are unable to digest these sudden missiles targeting their hero from all sides in positive and negative way. So, they are pleading and demanding NTR for a reaction. On the other hand, they are agonising Surender Reddy too.

Anushka's 'Nishabdham' To Be An Amazon Original!

Is Pawan Making The Wrong Moves? 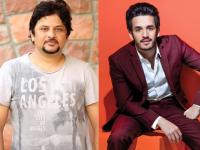 Akhil And Surender Reddy Film, Not Just A Rumour!?
×