Indian Army Warned its Officers to Stay Away From Social Media?

It has been reported that the Indian Army has ordered all its officers who are in crucial ranks to deactivate their Facebook accounts and not to use WhatsApp for official communication.

The Armed forces personnel and their families have been asked not to post pictures on Social Media in uniform as the images can reveal the location, which is highly confidential.

The serving officers were also asked to exit all WhatsApp and Facebook groups which can reveal their personal data.

On many occasions, through Social Media loss of information took place with the high usage of social media by the Army Personnel. Social Media policy is also in practice from 2016.

It has been widely reported that the Army has observed cybersecurity exercise in July this year to find out who are the violators of the norms of the online activities and the violators will be punished.
Download our app 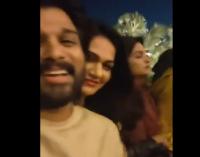