t is quite common for producers to lock the dates of a star or a hit director by giving advances. This is how combinations in the industry are set but big production house, Mythri Movie Makers seems to be overdoing this.


They are giving advances to everyone left and right. As soon as they find an actor or a director who scored a hit, they are trying to get him into an agreement. During the time of 'Gangleader', they made an agreement with him for two more films and they did the same with Sai Dharam Tej at the time of'Chitralahari'.After'Rangasthalam', they locked Sukumar too and the exact thing happened with Koratala during the time of 'Srimanthudu'.There are reports that they gave advance even to Pawan Kalyan before he quit films. Along with that, they gave numerous advances to other young heroes and directors. Giving advances like these can prove to be risky as everyone cannot work with them.


Knowing this, Mahesh returned his advance to them as per trusted sources. Gossip is that such a reckless attitude is the reason why producer CV Mohan walked out of the banner.

This Is Keerthy Suresh's Role In Mahesh's Movie!

Is Rajamouli Making A Mistake Again?

Goa Beauty Dreams To Make It Big In Tollywood

Global Star Priyanka To Star In This International Action Flick 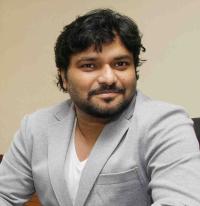