Now it has become a hot topic, after death!

The Abdullapurmet area, which is only known to some Hyderabad people, but now it has become famous after the murder of Tehsildar Vijaya Reddy. At one point in time, the land rates were very low in this area, now the land prices have increased. After the murder of Vijaya Reddy in the office, it is time to recruit new people.

Saroor Nagar Tehsildar Srinivas Reddy has been given the responsibilities of Abdullapurmet area. After the Vijaya Reddy's murder, no one has come forward for the post and many denied the post. Usually, for the post of Tehsildar, there will a huge demand. In the present situation, the government has appointed an in-charge, and we have to wait and see who will come forward to take the full responsibility of the post.

Nirmala Sitharaman In A Huge Trouble

A Lady Cheats A Techie For 1.2 Crore

Issue Is Power Bill Protest Is Near IT Office 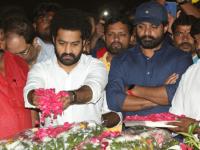