Poster Talk: Planning to wipe out the bad in society!

Legendary actor Kamal Hassan celebrated his 65th birthday recently and the social media was completely filled with celebrities and fans wishing him. On that occasion, the team of 'Indian 2' released a poster which looks quite classy.


Kamal is seen in the trademark 'Senapathi' uniform standing top of the fort and thinking deeply. Elated by this, fans starting commenting that he is planning on how to eradicate the bad from this nation. The film's unit released few posters till now and all of them show Kamal in the old man's getup which makes you wonder if he is playing a dual role like the first part or not.


Released in 1996, 'Indian' was a super success and after 23 years, Shankar decided to go ahead with its sequel. Kajal, Rakul and Siddharth are playing key roles in this film produced by Lyca Productions. Shankar teamed up with young music sensation Anirudh for the first time leaving his long-time friend AR Rahman.
Download our app 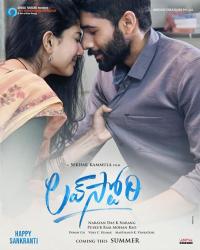