Only stars who are close friends wish each other on their special days on social media. Many of them, might send greetings in person, off-the-record, but doing it on social media is like a solid proof that they are really close.

Other actors and actresses, tend to wish big stars as that will be give them attention from fans of the actors and also, put them in contention during the star's next film.

Ram Charan doesn't have to wish Prabhas on public platform but he shared a photo from SS Rajamouli son's wedding party where Prabhas, Ram Charan, Jr. NTR, Akhil seem to have bonded over.

Mr.C called Prabhas "Bad Boy", corresponding to his hit song from Saaho, contrasting to his popular brand name, Darling. Rana and Ram Charan are close friends and by default as the logic, if A is a friend of B and B is a friend of C, A becomes friend of C eventually, Ram Charan and Prabhas also bonded. But their bond became strong at Tollywood Jakkanna son's marriage earlier this year.

Ram Charan and Jr. NTR never ever came out in public to show their bonding and when they announced that they are coming together for SSR's RRR, many expressed shock but the heroes behaved as if it is normal.

Prabhas and Rana came together because of Baahubali. There is a great soft corner for Akhil from major stars who have worked with SSR as Akhil and Karthikeya, son of Rajamouli are close friends.

All-in-all, we can conclude that the gum that is holding all the new generation stars close avoiding ego wars is SS Rajamouli. Along with the maker, even wives of the stars are making all the efforts to be friendly and united. A new wave in Tollywood, surely. 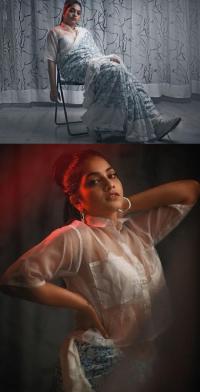