Looks like there is nothing that could stop the clash of 'Ala Vaikunthapuramlo' and 'Sarileru Neekevvaru' on 12th January. Both Mahesh Babu and Allu Arjun are adamant over releasing their films on the same day.

With both the makers releasing updates one after the other, the clash is quite inevitable. But there is a big risk if both these films lock horns. Mahesh's 'Sarileru Neekevvaru' and Bunny's 'Ala Vaikunthapuramlo' are both from the same genre. Though Mahesh's film may have more action, director Anil Ravipudi is known for his comedy. All his previous films were complete entertainers and fans are expecting ample comedy from this flick too.

On the other hand, Trivikram is a master of light-heart entertainers. His comic sense made him a favorite among family audience. 'Ala Vaikunthapuramlo' is also expected to be high on fun quotient.

So people are expecting high entertainment from both these films. If one film fails to deliver then it works in favor of the other one. It is important that both these films have enough dose of humor to collect huge money at the box-office.
Download our app

Is Mahesh Planning To Turn His 'Srimanthudu' As A Web Series?

Change Of Plans For Anil Ravipudi? 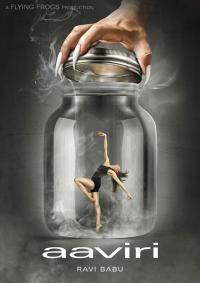 Ravi Babu Back To Horror Genre With Aaviri
×