Will Naresh Be Sacked As MAA President?

Rajasekhar's Panel questioned what has Naresh done in the past 6 months upon winning the elections by making tall claims. They say, Neither did he attend the meetings nor done any productive work in the best interest of Association till date.

Grapevine in the Industry is that Rajasekhar's Panel is contemplating to sack Naresh from the President Post. For this to happen, Consent of the General Body and all the members of MAA is mandatory. This looks unlikely for now because there are few members who has come in support of Naresh.

Major Complaint against Naresh is that this Character Artist hardly have time for MAA Activities. He is doing multiple projects while serving as the MAA President and not being able to cater sufficient time for betterment of the Association. 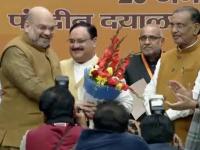