Dispute between MAA President Naresh Coterie and Vice President Rajasekhar Coterie is getting murkier day-by-day. General Secretary Jeevitha convened a meeting in the Film Chamber on Sunday. Except Naresh, All the members took part in the meeting but most of them staged walkout after a heated argument.

Actor Pruthvi Raj who is continuing as the Executive Committee Member of MAA threatened to resign to his post if the Association isn't run properly. 'Don't know whether I should feel happy or sad to get elected as a EC Member. There is Groupism in MAA and Members has been behaving as per their wish. Paruchuri Gopalakrishna who had penned scripts of 400 feature films was insulted so badly. He walked out of the meeting due to the objectionable behaviour of the members,' told the Comedian.

Pruthvi Raj was appointed as the Chairman of Sri Venkateswara Bhakti Channel by the YCP Government in Andhra Pradesh. Apart from acting in a bunch of films, He is also continuing as the Executive Committee Member of MAA. This Comedian is right now one of the busiest Film Personalities in Tollywood.

Are Sonia, Rahul Gandhi Sleeping While Rajasthan Is Raging?

Pushing Up Demand For Storage Houses As People Leaves Cities 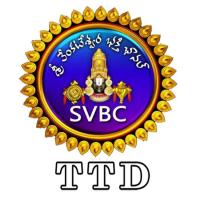