You Can't Catch Them Together!

After achieving a level of popularity, rumors and gossips about celebrities become quite common. At times, if there is nothing in the news to report, several good friends end up being great gossip for tabloids.

Such reporting doesn't harm people much if it doesn't cross the boundaries but in the case of Prabhas and Anushka, the gossip seems to have created some distance at least in photos.

They are still very close friends as per the inside sources but at the recent, The Royal Albert Hall screening of Baahubali movie they managed to have either producer Shobu or Rajamouli between them when they posed for photos.

They were highly careful in seeking out a conversation but never let there bond be seen publicly as that is resulting in unwanted gossip.

Their families are getting affected by the constant gossip and tabloids talking about them as a couple. Hence, they have decided to not let their bond be misrepresented and misinterpreted in public eye. 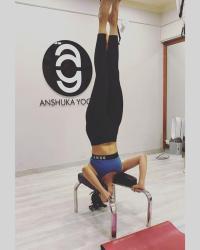