Only Bollywood, Why Not South?: Upasana Asks Modi

To celebrate the 150th Birth Anniversary of Mahatma Gandhi, Prime Minister Narendra Modi interacted with the who's who of the Hindi Film Industry at his residence in New Delhi. The guest list include Shahrukh Khan, Aamir Khan, Rajkumar Hirani, Kangana Ranaut, Sonam Kapoor, Anand L Rai and Jacqueline Fernandez.

This development has really upset Upasana Konidela who can't digest the lack of representation from the Southern Film Industry at the interactive session hosted by PM. She took to her social media handle for expressing her disappointment, 'Dearest @narendramodi ji. We in the South of INDIA admire you & are Proud to have you as our Prime Minister. With all due respect we felt that the representation of Leading Personalities & Cultural Icons was limited only to Hindi Artists and the South Film Industry was completely neglected. I express my feelings with pain & hope it's taken in the right spirit'.

Many People agreed with the views expressed by Upasana here. Bollywood Celebrities represent the Hindi-speaking States...what about South India? It would have been appreciated had if Prime Minister invited the prominent personalities from other Film Industries as well for the interactive session. If Modi have plans to interact with South Film Fraternity at an another time, Then nobody would have any problem with it but so far there was no such communication from the PMO.
Download our app 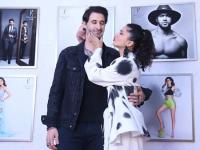