Shahid To Charge 30% In Profits For Jersey Remake!

By now, everyone knows that Shahid Kapoor is playing the lead role in the remake of Nani's 'Jersey'. Tollywood's star producers Allu Aravind and Dil Raju are producing this film along with Aman Gill. Apparently, Shahid asked 30% of the film's profit as his remuneration.

Going into the details, Shahid reportedly asked 50 crores for this film. After a few negotiations, he came down for an affordable rate but asked for 30% in the pre-release business and in profits as well. Both these producers reportedly agreed to this deal and the film is expected to go on floors shortly.

'Jersey' remake marks the entry of Dil Raju in Bollywood while Aravind produced Hindi 'Ghazini' earlier. Apart from this flick, Raju is going to team up with Boney Kapoor and produce the Hindi version of 'F2'. On the other hand, Aravind is co-producing 'Ramayanam' on a grand scale. This three-part film was helmed by 'Dangal' fame Nitish Tiwari.
With the massive success of 'Kabir Singh', Shahid Kapoor once again relied on Tollywood script to continue his hit run at the box-office. 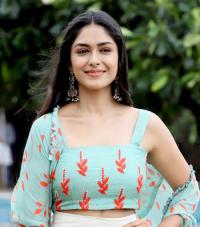