Avunu franchise has been a success for Ravi Babu and his first film from the franchise was an unexpected hit. Later, he made Avunu-2, more like a home video and that did not get great reception.

Now, Aaviri is coming as his next horror thriller and he is trying to explore Aarushi case in his own style, one gets such a feel.

His shot construction this time, is more in sync with Annabelle series but not at that high quality for sure.

He seems to have taken huge inspiration from Aarushi and some other cases these days to construct a plot around parents of lonely kids.

He is always a good technical director and also a sensible technician but he goes overboard with his story material and scenes.

Did he control those indulgences? Did he make it better than his previous films? Trailer suggests he did give it a try but we cannot tell until we see the film.

For the first time, Ravi Babu is collaborating with Dil Raju and not with his friend and regular producer, Suresh Babu. Does that indicate any change in quality too? Let's watch the movie on 1st November.

Ravi Babu is playing the lead along with writing and directing the film. Bharani Shankar and Neha Chauhan are acting as other leads.

Humble Beginnings Of The This Richest Actor

'Acharya' Facing One Hurdle After Another!

Chiru And Balayya To Lock Horns With Each Other!

Happy Birthday To This Most Underrated Director! 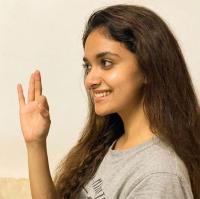