PV Sindhu made a name for herself as one of the greatest Indian players, even among World players, to have held a badminton racquet. She won medals for India at an young age that no one can think off.

She cannot be treated as pride of Telugu people only as she became pride of India. So, she gets huge reception anywhere and everywhere she visits in our country.

She decided to ditch the modern girl avatar for Kerala temple visit after receiving Government felicitation for her recent Gold Medal.

She was welcomed by huge mobs and crowds from Airport to her hotel room by Keralites.

She looks damn beautiful like a typical Kerala Kutty in these images, doesn't she? We hope she keeps conquering even greater heights in Badminton to keep Indian flag flying high.

NTR And Kalyan Ram Decides Not To Visit NTR Ghat

Mahesh Babu's Film To Get An OTT Release! 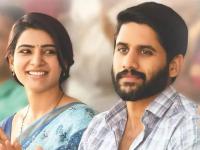 Chay-Sam Together Onscreen Once Again!
×