Jagan To Make Another Historic Decision?

Politics is a power game. Leaders who keep their promises after gaining power are very rare. Andhra Pradesh CM emerged one among them. He is even keeping promises which he didn't say. While taking steps to fulfill his promises made by him, it's interesting to know he is keeping promises which he didn't say. Jagan, who is taking key decisions to keep his promises he made during elections is planning to make another key decision. He granted permission for setting up a corporation to ease the process of giving 50% jobs to BC, SC.ST and Minorities in Government Outsourcing Jobs. Not only this, he gave orders to grant an overall reservation of 50% for women.

According to the promise he made during elections to give 50% reservations in outsourcing jobs, he started a corporation and decided to appoint the employees through it. He held a meeting to start the required actions. This corporation works under the Administration and there will be subsidiaries at the district level. The District in-charge ministers will look after these sections. The district Collectors will work as Ex Officio for this corporation.

A decision has been taken to give salaries to outsourcing employees on time online. It is interesting to see how Jagan is taking decisions in a way to correct the previous mistakes at the same time establishing a strong system.

2 MLAs To Join YSRCP, One More Jolt To Naidu

India Faces Another Threat In The Form Of Locusts 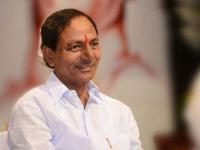