In A New Letter, Naseeruddin Shah, 179 Others Slam Sedition Case

Days after a sedition case was filed against 50 celebrities for writing an open letter to Prime Minister Narendra Modi against hate crimes on the country. 180 members of the cultural community, including actor Naseeruddin Shah, cinematographer Anand Pradhan, historian Romila Thapar, have said in a new letter that they will continue to speak up.

In a letter written in July this year, said that 'Jai Shri Ram' had become a "provocative war cry" and that the lynching of Muslims, Dalits and other minorities needed to be stopped immediately.

Ashok Vajpayee and Jersey Pint with Naseeruddin Shah are the latest to condemn the action of the Bihar police. T M Krishna and others released the letter. They promised they would continue to speak up against the silencing of "people's voices."

Meanwhile, the government has denied involvement in the sedition case. Information and Broadcasting Minister Prakash Javadekar said This had nothing to do with the BJP and the government. This is a canard that is always spread to defame the Modi government and used to give the impression that there is choking of freedom of expression in a draconian fashion under it.

senior actor Kamal Haasan condemns the Modi government's action. Many ordinary people are also questioning the government on this issue. 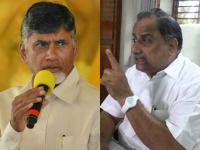