Fans of Mahesh Babu are waiting for the release of 'Sarileru Neekevvaru' with bated breath. After some serious films, this film marks the return of Mahesh into the commercial entertainer genre. Fans are expecting a lot from this film and one of the film's producer's track-record is worrying them a bit.

Producer Anil Sunkara who was a part of '14 Reels Entertainment' that produced Mahesh's 'Dookudu', '1 Nenokkadine' and 'Aagadu'. This producer hasn't had a taste of hit from 2016. None his films like 'Kiraak Party', 'Raju Gaadu', 'Sita' and others were successful. His recent outing 'Chanakya' is on its way to become the biggest disaster of Gopichand's career.

Another Famous Dance Master Turns Into A Director!

Ulaganayakan And Manmadhudu Come Together For That Film! 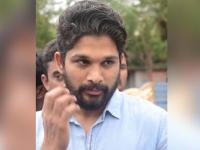 Allu Arjun's next film producer, his Maternal uncle passes away