Multiple Gunshots were fired and several individuals got injured in the shooting which happened on the streets of Washington D.C on Thursday night. What's shocking is that the gunfire erupted in the Columbia Heights which is just three km away from the White House.

As per the available information, One Person died and 5 others were injured. Two out of the five wounded in critical condition. There is no life threat to the remaining three injured people. All the victims of Washington D.C shooting are adults. Pictures and Video Footage of victims being rushed to the hospital were shared widely on the social media.

Cops haven't named any suspect until late Thursday. Not even the motive behind the shooting was found out. Investigators were relying on info provided by eye-witnesses and surveillance cameras.

As per the caution issued by Cops, It can be understood that they were looking to trace not just one but two suspects in connection with Washington D.C shooting. Two People armed with an AK Style Rifle opened fire while moving in a Nissan Sedan. 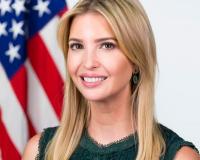