Look at the way the last journey of Kodela was organised. It was more like a victory procession. There was no pain in any face, including that of Chandrababu Naidu. What more, Chandrababu himself was flashing his famed victory sign. Most TDP leaders used Kodela's last journey for political mileage and regarded this as a victory for them. Interestingly, none of these worthies bothered to pay a visit when Kodela was in trouble - both on the family front and as a politician.

Minister Says 4 Vaccines For The Virus Might Enter India Soon

Another Governor picks up fight with State Government

Why Telangana Congress Leaders Are Upset With Khuntia?

Why has Uttam become suddenly active?

No To Modi, but Yes To Kovind 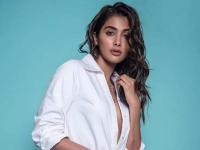