Star director VV Vinayak has taken a break from direction and is now focussing on building an acting career. This Tagore director is now making his full-length acting debut with an untitled film which is being directed by N. Narasimha Rao of Sharaba fame. The film is being bankrolled by Dil Raju.

The shoot of this film was started a few months back and a few sequences were shot featuring Vinayak in a hefty look. After that, the director took a break to lose weight and finally he lost oodles of weight and is shooting in a leaner look. Apparently, there is a reason behind him shooting in two different looks.

Vinayak will be seen in the two timelines in the film, one in the 1940s and one in the 1980s and that is the reason why he is trying to maintain different looks for both the episodes. Anyways, the director has taken a brave decision on working for a periodic flick right with his first film and is also going physical transformations for each look. 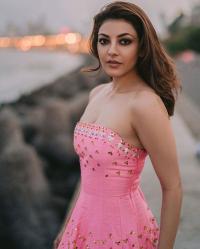 Did Kajal Walked Out Of Teja's Project?
×