Nayanthara To Make An Exception For Vijay

But as per the latest reports, the actress is going to change her decision for her upcoming movie 'Bijil' starring Thalapathy Vijay. Touted to be a sports action entertainer being made with a massive budget, Nayanthara is playing the female lead in this movie and during the shooting of the film, the actress has developed a close rapport with everyone in the team. With that rapport, Nayanthara is in plans to attend the audio launch event of the film that is going to take place on September 19th in Chennai.

Being bankrolled by AGS Entertainment banner, Atlee who previously helmed Nayanthara's 'Raja Rani' is wielding the megaphone for this project as well. The movie is slated to hit the theatres for Diwali this year.
Download our app

Salman's Fails For the First Time In Years! 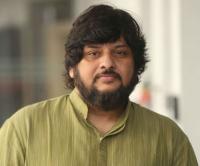 Why Did Our Star Heroes Leave Behind Surender Reddy?
×