Nandamuri Balakrishna is currently shooting for his 105th film under the direction of KS Ravi Kumar. Produced by C. Kalyan, this movie is slated for the release during Sankranthi next year. Meanwhile, Balayya was supposed to do his 105th film with Boyapati Srinu and not Ravi Kumar.

But as the script written by Boyapati demanded more budget, Balayya opted to do Ravi Kumar's film. Balayya was concerned about the budget as he was the producer for Boyapati's film. He also announced it publicly during the audio launch of NTR: Kathanayakudu. Yesterday, the project popped up again and is announced that it will be bankrolled by Miriyala Ravinder Reddy.

Ravinder earlier produced Boyapati's Jaya Janaki Nayaka. It is being heard that Balayya has re-okayed this project only when Boyapati got another producer. Apparently, he was not sure about Boyapati's work after the failure of Vinaya Vidheya Rama. Anyways, the Simha actor ended up on a safe side finally.
Download our app 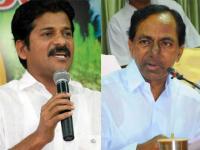