Amidst rumours that he is suffering from health issues and will handover the reins of the Government to his Son KTR, Telangana CM K Chandrasekhar Rao left everyone stunned with the comments he made during the Assembly Session on Sunday. 'There were speculations that I wasn't healthy...It's been rumoured that KTR will be made the Chief Minister. Those are just baseless speculations...I am just 66 years, Will continue as Chief Minister for another two terms,' he commented.

KCR declared there is no threat what-so-ever for either him or TRS in Telangana. He gave an indication that both Congress and BJP have no chance of forming government anytime soon.

Over the Uranium Mining, Chief Minister maintained its a matter in the control of State Government. He asserted, 'We haven't given permission for Centre to carry out Uranium Mining till date and won't be doing it forever. A resolution will be passed in the Assembly on Monday disapproving Uranium Mining and it will be sent to the Union Government'.

Prior to 2014 Elections, KCR used to offer hints about the possibility of getting hold of PM Post. But now, He seems to have given up any such hopes and focussing only on retaining CM seat.

KTR Comes With A New Meaning For KCR 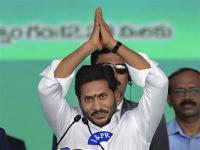