Varun Tej Is Not Worried About That In Valmiki!

Varun Tej took a daring step to act in a negative role after successful films in his career like Fidaa, F2. He wants to experiment and Valmiki seems to be perfect.

Movie is releasing on 20th September and it has good buzz in mass areas as the look of Varun is already popular there.

Pooja Hegde inclusion, teasers and get up of Varun have increased the Buzz for the film.  Still people who have seen Jigarthanda, Tamil original of the film are skeptical about the Telugu version.

The runtime of the film is locked at 171 minutes and the length is a scary factor for any new release.

But Varun said that he is not worried about it and gave examples of Arjun Reddy and Maharshi becoming hits despite runtime, similar to their film.

He is a bit worried about people accepting him in such anti-hero and total negative role but he is confident that Harish Shankar, the director, presented him to the best of his abilities.

Let's watch the film on 20th September and decide.

Did Kajal Walked Out Of Teja's Project? 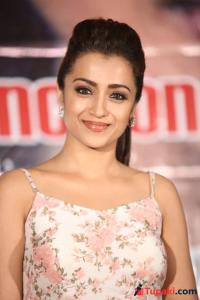