A good news to all Nandamuri fans, Boyapati Srinu's script has been okayed by NBK and the movie will go on floors from January.

Balakrishna wanted to produce the film on his banner, NBK Films after the release of NTR biopics, but as they turned out to be disasters, he dissolved the banner.

After seven months, finally, he found one and Balakrishna accepted to reduce 5 more kilos for the film as he lost 12 kilos for NBK105 in the direction of KS Ravikumar.

Currently, the shoot for film is going on at rapid pace and it could release in December, if not for Sankranthi. C. Kalyan is producing the film.

Official details about Boyapati Srinu and NBK film will be coming out soon. The director is now busy with casting and location scouting, it seems. He is the only director to give twin successes to NBK - Simha, Legend in this decade.

Theaters Will Open All At Once Assures Central Minister

Actress Inspires With Her Fitness Goals 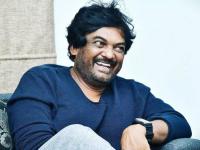