Movement against Uranium Mining in Nallamala Forest is gaining steam with politicians like Pawan Kalyan and Revanth Reddy voicing their opinion. For someone like KT Rama Rao who is active on the social media, This is a tricky situation as he was flooded with countless message asking him why the Telangana Government isn't responding.

Finally, KTR reacted on the #SaveNallamala Campaign: 'I hear all of your concern on the issue of uranium mining in Nallamala forest. Assure you all that I shall personally discuss the matter with Hon'ble CM KCR Garu'.

#SaveNallamala Campaign has drawn all the attention it required after Pawan Kalyan extended support to it following a meeting with T-Congress Leader V Hanumantha Rao. In the past few days, Celebrities such as Samantha, Vijay Deverakonda, Sai Dharam Tej and Anasuya joined the campaign.

The manner in which Film Celebs made appeals to save the Lungs of Telugu States, Nallamala Forest, irked the IT Minister as more number of people began finding fault with the State Government. So, He decided to speak about the issue with the Chief Minister before its too late.

MP In Cancer Ward, Posters Say She Has Gone "Missing"

This MLA And MLC Are Fighting And KCR Is Watching

Kerala's Free Internet Project To Be Rolled Out By December

This Indian App Can Remove All Chinese Apps In Your Smartphone

SpaceX Rocket's Prototype Explodes While On The Test Pad 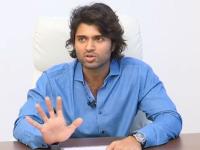