Chintamaneni Prabhakar and Controversies go hand-in-hand. This Former MLA of Denduluru Constituency has been facing many cases. As many as 12 Police Teams were taking part in the search operation to trace him but they couldn't succeed.

The question raised by Botsa Satyanarayana, 'Why Chintamaneni is absconding if he hadn't done anything wrong?' made the Ex-MLA come out of underground. Chintamaneni informed few mediahouses about his decision to surrender to the police. He, however, was arrested even before that could happen.

Chintamaneni went to his residence for meeting his Wife who is sick. Upon receiving info about his whereabouts, Cops went to house of Ex-MLA and arrested him. Tension prevailed as his Followers created a scene when Chintamaneni was shifted to Eluru 3-Town Police Station.

There were allegations on Police that they behaved rudely when Chintamaneni was taken into custody. Chintamaneni's Wife who is suffering from health issue has collapsed and she is being treated in the Hospital. Two weeks-long drama has come to an end with the arrest of Chintamaneni in a case related to hurling caste-based abuses.

7 TRS ministers may be on way out 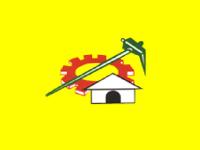