Yesteryear's top actress and Lady Amitabh, Vijayashanti is making her comeback into films after 13 years. The actress who is busy in politics all this while is now acting in a key role in Superstar Mahesh Babu's upcoming film Sarileru Neekevvaru. All the Telugu audience are eagerly waiting to see Vijayashanti back on the big screen.

From the past few days, it is being reported that she is also signed up to play a pivotal character in SS Rajamouli's upcoming magnum opus RRR. But the actress denied it as a mere rumour. Speaking to an English daily, Vijayashanti said that she is not doing any film right now apart from Sarileru Neekevvaru.

She further added that she is not sure if she will do any other films in the future. However, Vijayashanti confirmed that she will continue in politics for sure. Thus, the actress cleared all the air and disappointed all the fans who were wating her to act in the direction of Rajamouli. 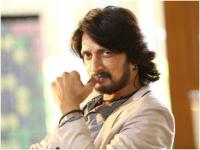